Kaitlin is an intuitive and passionate leader. She loves working with actors, collaborating with designers and gently guiding each project to it's full potential. She brings a clear vision to each show and values truthful performances, unity in design and a hard work ethic. She laughs a lot and her rehearsal room is warm, open and a safe place to discover and play.

Since 2017, productions she has directed have been nominated for a total of 8 Jessie Richardson Awards, including Outstanding Ensemble and Outstanding production. In 2019 she was nominated for a Jessie in Outstanding Direction for her work on Kim's Convenience. She was a member of the Director's Lab North at the Tarragon Theatre in June 2019 and was one one of the inaugural recipients of the Bill Millerd Artist Fund to support her training. 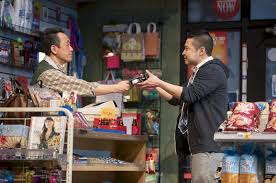 James Yi and Howie Lai. photo by David Cooper
Kind Words -
​
"See this one. In Ins Choi’s script, which spawned the CBC TV series, Appa (Dad) and Umma (Mom) run a convenience store in Regent’s Park, Toronto...director Kaitlin Williams’s Pacific Theatre production, which the Arts Club is touring, is as shiny as a chocolate bar wrapper. A couple of the roles have been recast since 2018, but Maki Yi (Umma) and Jessie Liang (Janet), who are both excellent, are still with the show. So is James Yi (Appa), who is stellar. Carolyn Rapanos’s set is so brightly realistic it makes you want to buy the chips." - Colin Thomas

"As a first-generation Canadian, I remember the conflicts with my father growing up, from wanting to wear make-up or even dress a certain way. I knew Kim’s Convenience was going to strike a chord, and it did. While a rollercoaster of emotions, ultimately the ride leads to home." - Vancouver Presents

Kind Words -
​
"Chemainus Theatre Festival’s production of Miracle on 34th Street is as warm and comfortable as an old pair of slippers. The principal actors provide a strong foundation that keeps everyone focused on a story that requires many set changes. Kerbes is wonderful as Santa Claus, warm and quirky: a delight for his many fans...Set designer Carolyn Rapanos and costume designer Michelle Lieffertz have combined to mount and dress this show appropriately but sparely so that the audience is entirely focused on the characters, who carry this heartwarming story to its expected but still very welcome conclusion." - Cowichan Valley Citizen

Mother of the Maid
by Jane Anderson
Pacific Theatre, 2019 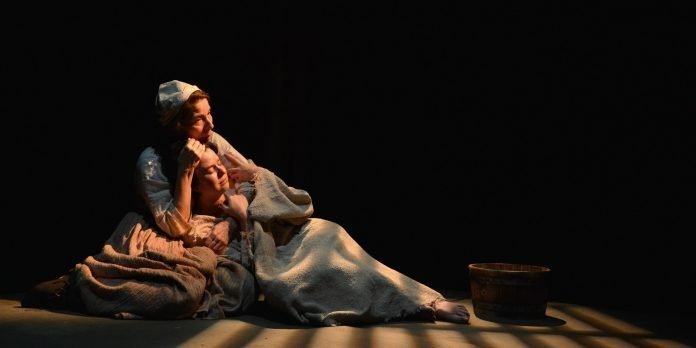 "Directed by Kaitlin Williams on a sturdy, wooden-pillared set by Carolyn Rapanos, this Pacific Theatre production is ambitious with some very fine period costumes by Stephanie Kong and Jessica Oostergo.
But it is the excellent performances – especially those of Anita Wittenberg (as Isabelle) and Shona Struthers (Joan) that keep this script moving." - Jo Ledingham

"There is little doubt the star of Mother of the Maid is Joan’s mother, Isabelle, and Anita Wittenberg delivers a powerful performance. Giving a much-needed layering, she gives Isabelle a near perfect balance of maternal love, fear, and exasperation. While Wittenberg feeds off the equally polished performances of Ian Butcher as husband Jacques and Raes Calvert as son Pierre, it is unsurprising that the biggest emotional connection comes during scenes with daughter Joan." - Vancouver Presents

"Truly great scenes... Both Anita Wittenberg as Isabelle and Shona Struthers as Joan are at their best portraying these moments of profound grief; their final scene together, as Isabelle dresses Joan for the gallows, distills the spirit of the entire play into one heartbreaking scene, pulled off wonderfully. It’s Struthers who really brings it home here, when Joan’s courage finally breaks and she just disintegrates with terror. It’s so hard to watch, and so remarkable."-  The Georgia Strait
​
"Carolyn Rapanos’ set elegantly transformed from farm house to castle rooms, and back, with the help of Jonathan Kim’s subtle and descriptive lights, and Mary Jane Pacquette’s atmospherically moving sound design. Stephanie Kong’s and Jessica Oostergo’s detailed, layered, period-perfect costumes highlighted the passage of time, and rounded out the characters." - My Vancity 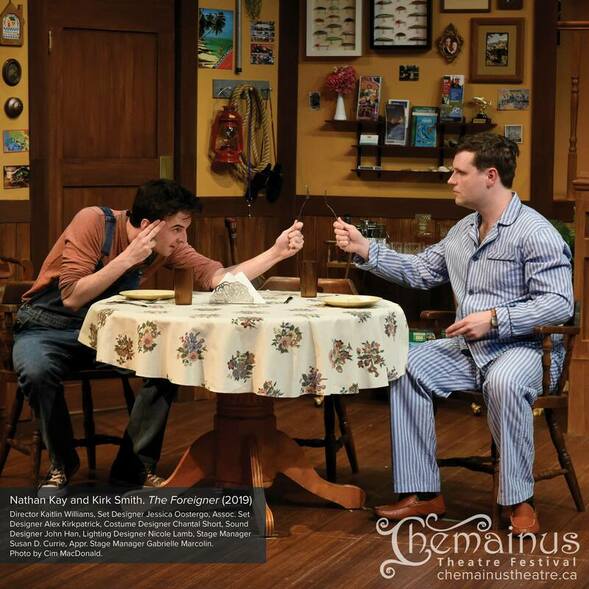 Nathan Kay and Kirk Smith, Photo by Cim Mcdonald
Kind Words:
"The Chemainus Theatre has a sure hit on its hands with its presentation of Larry Shue’s The Foreigner...There’s not one weak link among this great cast. They click together like Lego blocks, making for a solid, seamless show that’s hilarious from beginning to end." - Monday Magazine

"The acting by the cast of The Foreigner is excellent." - Chemainus Valley Courier 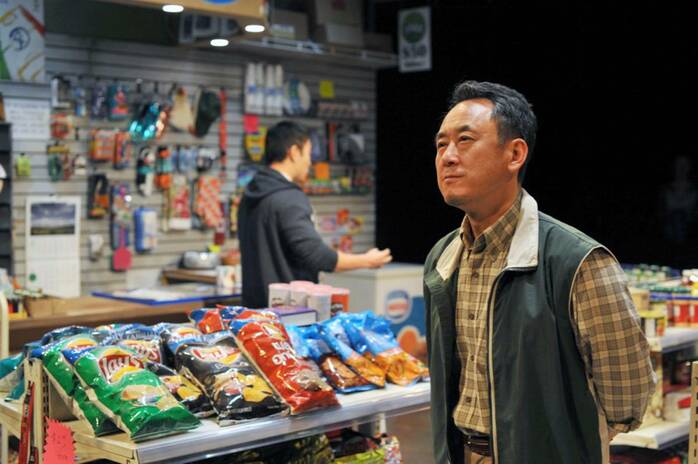 Lee Shorten and James Yi. Photo by Jalen Saip
Kind Words:
"In director Kaitlin Williams’s production, it all works.
For starters, Williams has cast extremely well. I don’t know if I’ve ever seen James Yi (Appa) onstage before but this guy’s got unbelievable chops. Kim’s Convenience has so much to offer—including Carolyn Rapanos’ microscopically perfect set. It’s  so authentic that, after the show, I wanted to buy snacks from that store." - Colin Thomas

"The risk in bringing back a show like Kim’s Convenience, especially now given its prominence on television, is that audiences may hesitate in returning for a visit. Fortunately this production brings something new that was missing the last time it was seen in Vancouver, and most definitely absent on television. It isn’t afraid to go a little darker between the laughs. Just like a real family." - Vancouver Presents

"Under Kaitlin Williams’ direction, this isn’t kitchen sink comedy, it’s convenience store comedy right down to the cash register and the little bell over the door that rings to announce the arrival of a customer: ding-a-ling.
The realism of the set extends to all of the performers. Not for a moment do they appear to be acting; they simply are." - Jo Ledingham

"Pacific Theatre’s production of Kim’s Convenience captivates the audience from the moment they enter the theatre. A colourful set, understated music, crisp dialogue, a strong dose of humour and dynamic acting combine for a 75 minute performance that seems to fly by...It is unusual for a production to be both extremely entertaining and deeply thought provoking, but Kim’s Convenience succeeds in doing so. This play is well worth seeing, perhaps more than once." - My VanCity 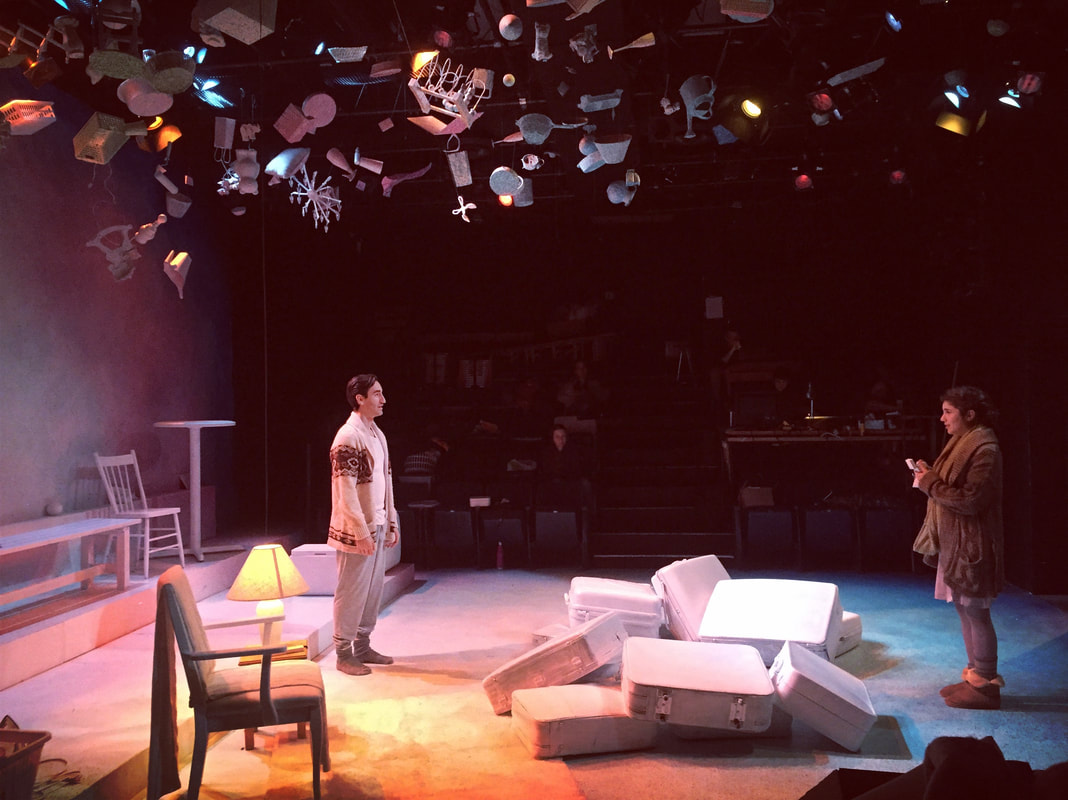 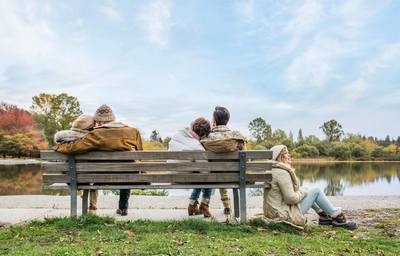 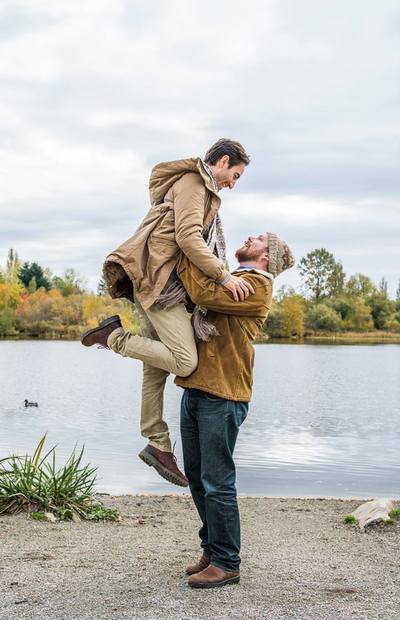 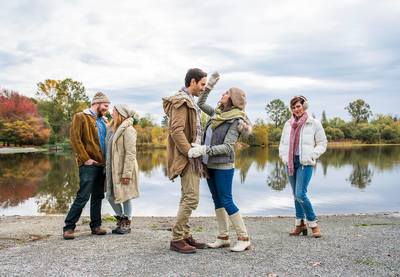 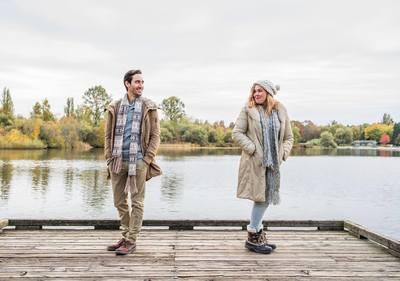 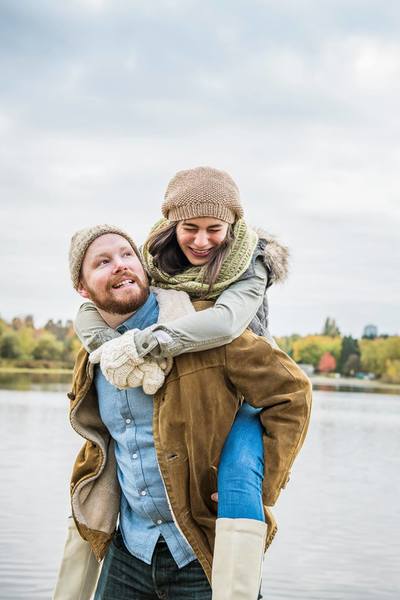 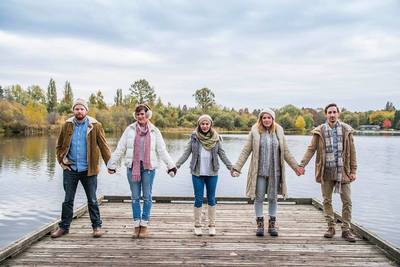 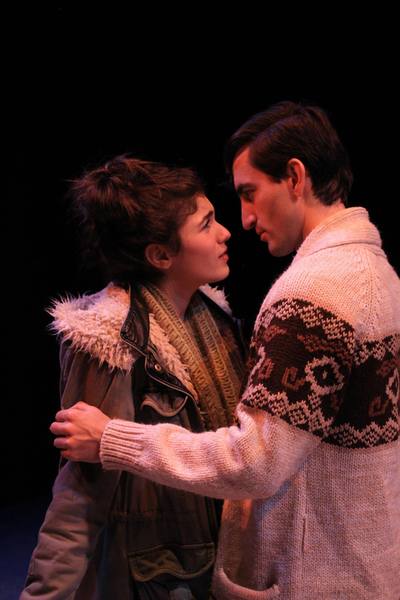 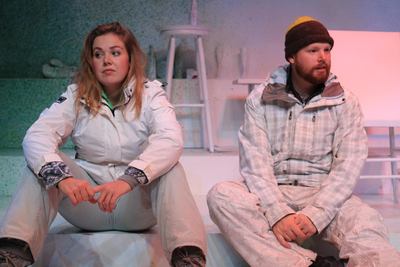 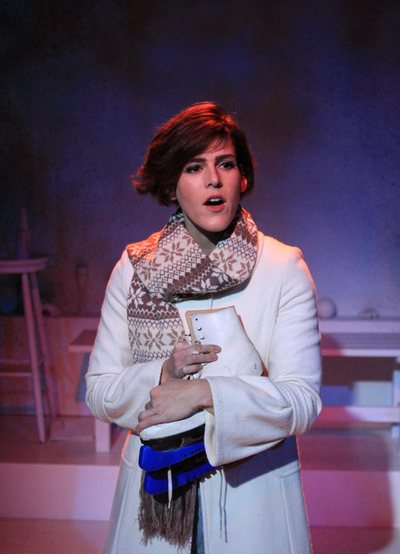 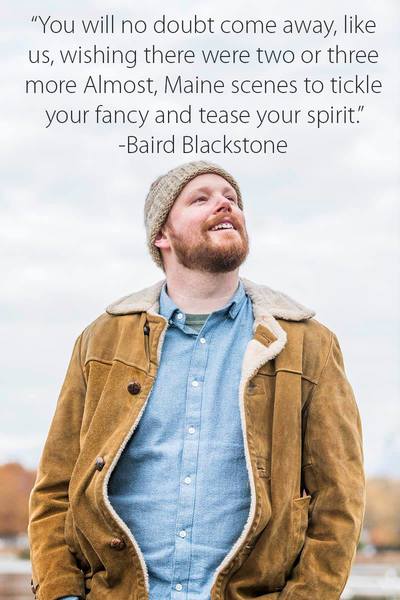 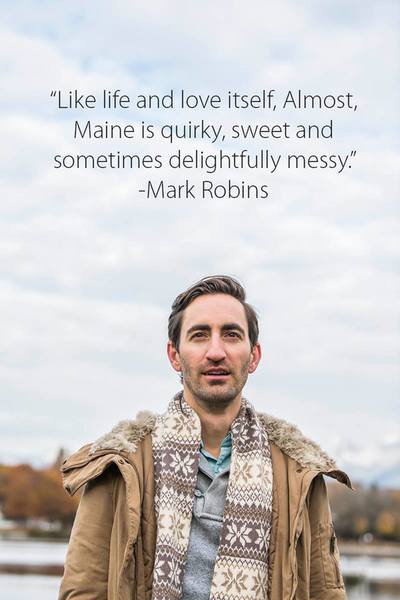 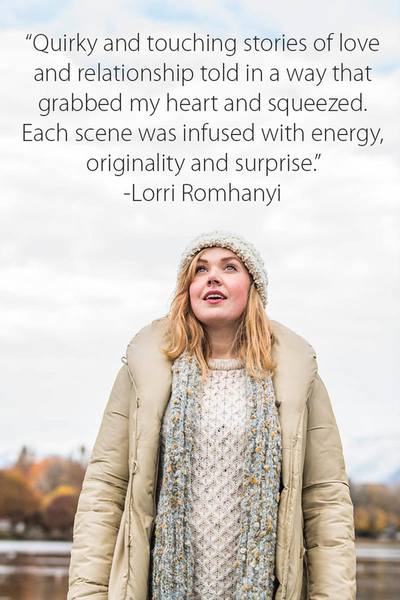 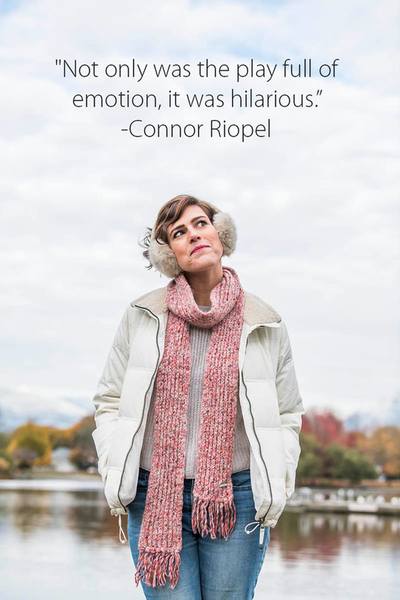 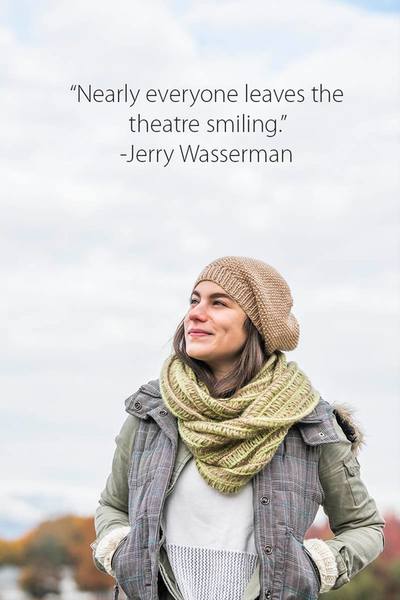