"File Williams under the ‘talents to watch out for department.’”
-Monday Magazine 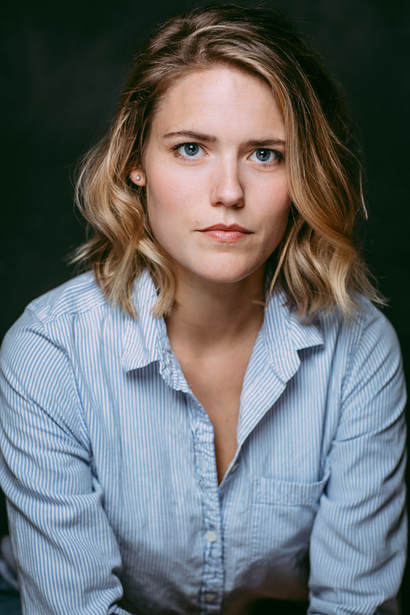 Kaitlin was born and raised in Vancouver, BC and has always wanted to be an artist. She loves painting, fashion, design and writing, but it was theatre that stole her heart early on. She went on to get her BFA in acting from the University of Victoria and then completed a professional acting apprenticeship with Pacific Theatre in Vancouver. She is also a graduate of the Arts Club Actor's Intensive.

Kaitlin has acted in well over 50 productions, ranging from musicals to improv comedy, to one woman shows. She loves the challenge of site specific theatre and has performed at the Parliament buildings in Victoria and Barkerville BC, as well as at Science World in Vancouver. She's also acted in forests, parks, a heritage museum, a castle, a dive bar and even on a fire escape.

She has been fortunate to work with many theatre companies all across BC including Bard on the Beach, the Arts Club, Pacific Theatre, Chemainus Theatre, ITSAZOO, Touchstone Theatre, Western Canada Theatre, Classic Chic, Wild Excursions Performance, Midnight Theatre Collective, Clockwork Theatre, Stones Throw Productions, Scarlet Satin Productions, Kaleidoscope Theatre, The Phoenix Theatres and Level- Headed Friends  as well as having performed in both the Vancouver and Victoria Fringe Festivals where she was nominated for the favourite female performer award.